An iOS/Android app that lets users find and share portable batteries within a community. Think Uber Eats, but for charging your phone. 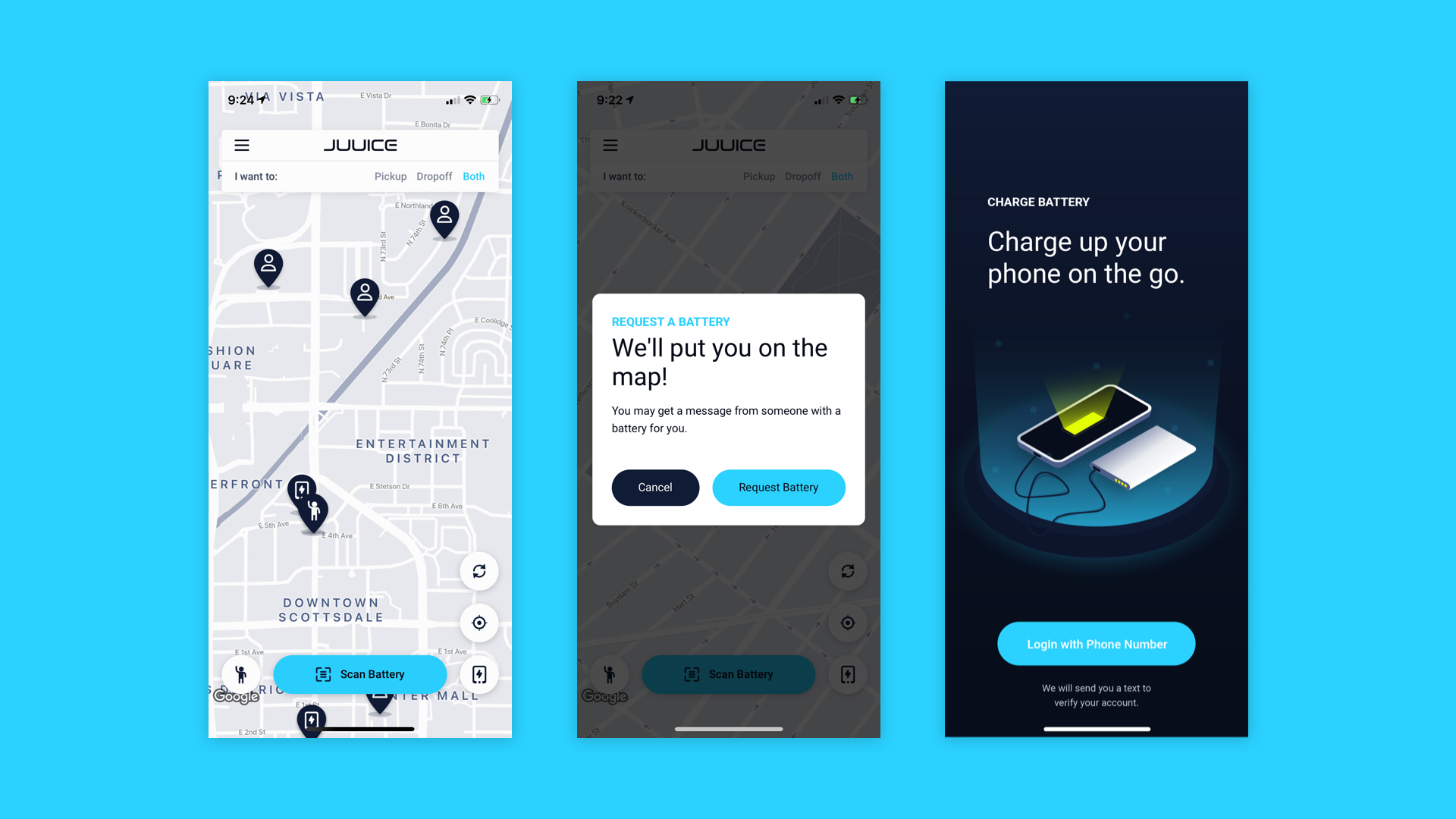 Juuice is a fully funded startup based out of Phoenix Arizona. Their goal was to explore a new idea to see if people would share portable batteries out in the real world. That is when they hired Philosophie to research, build, and run this experiment.

Juuice is a portable battery sharing app were you can find a power supply anywhere in any city. The biggest challenge was to test wether or not people would meet in public to trade a portable battery. We were on a tough road to research, design, build, and test an app. Our timeline was four very short months to make the app as feature rich as possible.

I led the design and branding of the app and new company. My designs were based off of testing wireframes and prototypes with users. I worked with the Engagement Lead to test users. In the end, I jumped in and got up to speed on React Native over a weekend and was able to start contributing to the codebase. When I got into the code, I focused on the layout of the designs making them as close to pixel prefect as I could.

We developed a test plan and testing requirements to put on Craigslist to field candidates. After selecting users to test, we ran them through Invision prototypes. After testing, we would look at the feedback and insights and then update the design to run more users through. Eventually we got a good design that met all the MVP requirements.

- Users were concerned about their well being when they would go meet someone in public.

- Users did not recieve the map icons very well on the first pass.

- Users wanted a way to map to a location within the app.

- Users picked up pretty quick how to find their battery list and scanning batteries with the phones camera.

We had a request to keep the design close to Uber, Limebike, and Lyft. So that is where we started exploring how they worked in their own user flows and journeys. Our competitive research help us think about how we would for example, contact a user on the map.

Our first initial passes were very close to the competition to help tell our user stories and flows. Only then we were able to branch out and start exploring designs that related closer to the Juuice brand.

We supported the client by sending two people from Philosophie to help with the tent at the event. Overall we had a successful launch and great feedback from actual users.